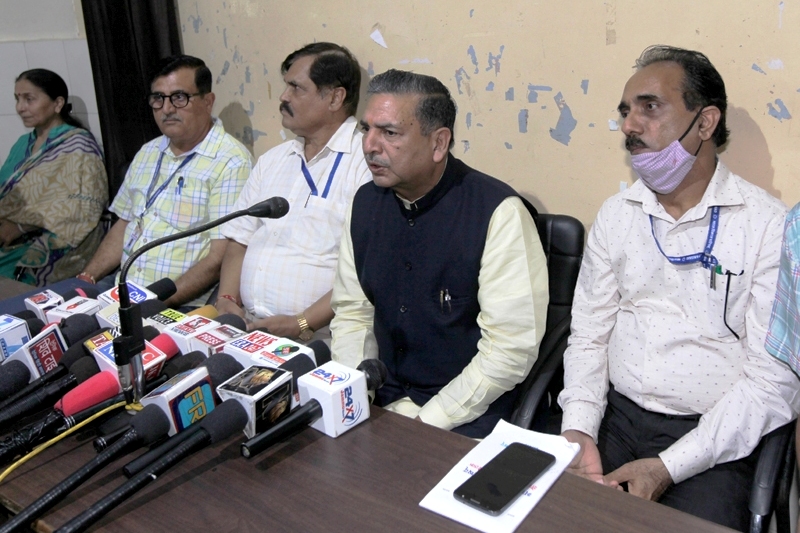 The BVP team also formed its three new branches in Akhnoor area one at Khour, another at Jourian and third at Kheri Balli. This was stated by the visiting team members while talking to reporters here, today.

They said that the newly appointed office bearers of these three branches were administered the oath of office in presence of national team. They said a meeting of presidents, secretaries ad treasurers of different branches of Jammu province was held at Marble Market here to discuss the working of the organization.
They said BVP has 27 branches including two branches in Kashmir one at Kokernag and another at Srinagar. It has 2000 members.

The visiting team also interacted with prominent citizens of Jammu and discussed in detail the aims and objectives of BVP and how it can play a pivotal role in shaping the better society and inculcating the cultural and social values in the society.

Suresh Jain during his interaction with the citizens stressed on the new ideas and out of box things to serve the suffering humanity and serve the nation with devotion and dedication.

He also inaugurated the Anemia Mukt Camp at Panch Mandir Channi Himmat in Jammu in which 50 members participated. In the camp hemoglobin test of 50 girls was conducted and iron pans, jiggery and roasted grams were provided to them to increase their hemoglobin level and immunity.

The visiting team also met the members of Chamber of Commerce and Industries president, Arun Gupta and his team. It also visited Kathua and interacted with the members there.