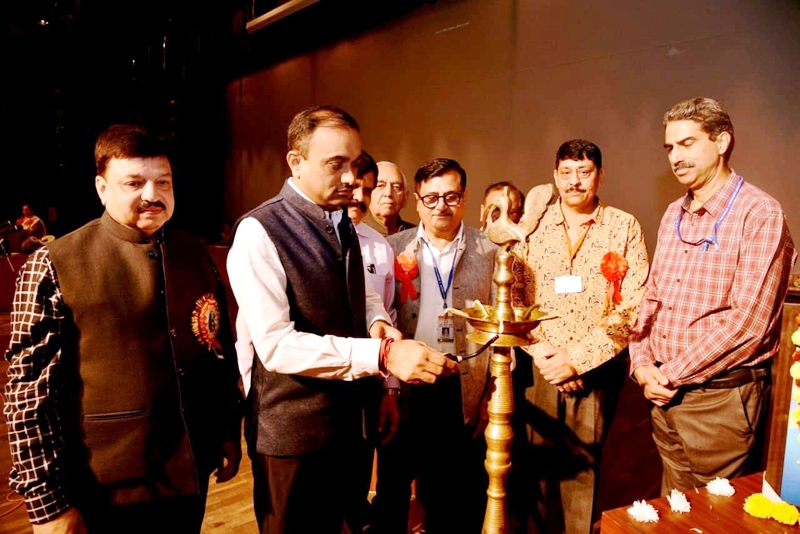 Teams of about 20 schools of different districts of Jammu Province participated in the program and sung two patriotic songs each one in Hindi & other in Sanskrit.

Ashok Khajuria, State President, in his welcome address pointed out that BVP is a social cultural organization aimed to promote patriotism among the students through such programs. The chief guest appreciated the efforts of BVP in promoting positivity, patriotism and feeling of brotherhood among the young students & channeling their energies for the common good of the society.

Dev Raj Sharma also elaborated the activities of BVP at national level and commitment to make country strong, influential & self reliant. Arun Gupta, President CCI also appreciated the efforts of BVP in making better society. He also gave assurance of full cooperation of CCI in organizing such activities for the welfare of the students community.

The team that stood first will represent UT at the Regional Level Program at Bhatinda (Punjab) on November 13.