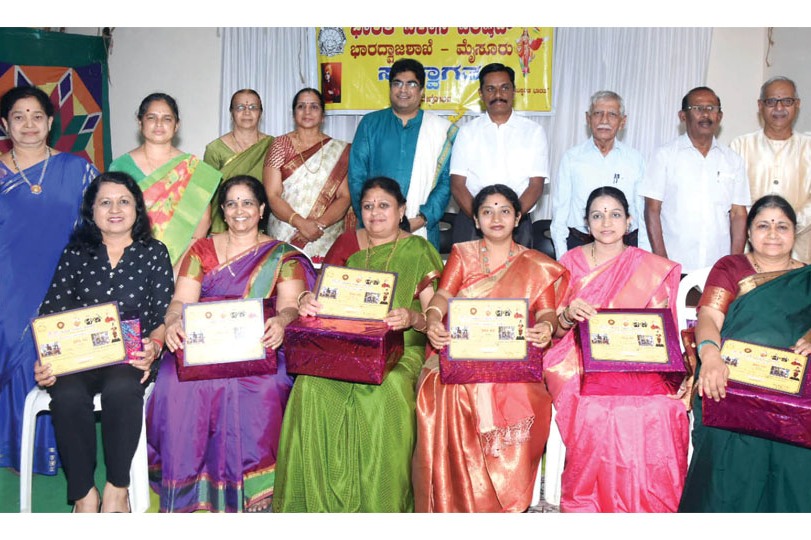 Mysore/Mysuru: “Display of dolls during Dasara festivities has a scientific reason. It is believed that it will increase the concentration level,” opined Principal of Sarada Vilas College of Pharmacy Dr. Hanumanthachar Joshi.

“I am from North Karnataka and only a few households used to display dolls at their homes during Dasara. But in Mysuru region, people show more interest in the display of Dasara dolls. But the art is diminishing at some places,” he regretted.

Dr. Joshi recalled that he and his cousins used to visit their grandmother’s house to display dolls. “Grandmother used to tell us stories about every doll and its significance. Display of dolls is a continuation of our culture and tradition which is helping in nation building. AYUSH Department is also training children to make dolls on their own. Due to this, the level of concentration will increase among those whose concentration level is less,” he concluded.