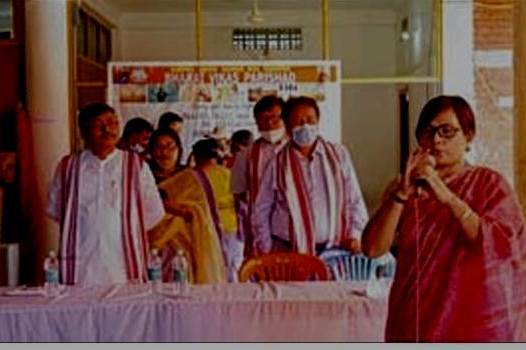 The first day of the observation was held at Yangbi Girl’s High School, Wabagai in Kakching district today where haemoglobin screening test of around 59 girls were done, said a press release by BVP, Manipur Prant.

Sanitary napkins, stationery items  and edible items were distributed to all the participating girls during the programme today which was initiated by BVP, Wabagai Sakha.

Also it may be noted that the birthday of National Organizing Secretary, BVP, Central Office, New Delhi, Suresh Jain is being observed today and on this occasion, nine sewing machines were distributed to nine girl students who belong to low income families to help become self reliant.