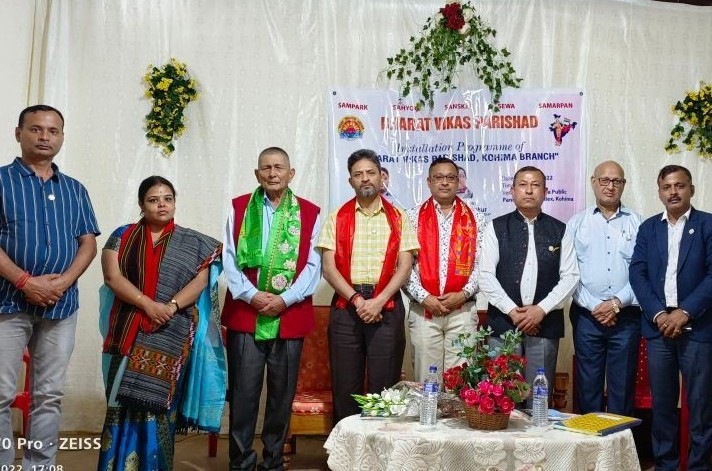 Under the Chairmanship of Bishnu Bhattacharjee, Regional Secretary (NE) BVP, the team of BVP taken pledge to work for the needy people as per guidelines of Parishad, informed a press release.

As a part of the installation programme, blankets were distributed to some of the needy people of the society, it added.

Speaking on the occasion, Sharma highlighted various aspects of the services that can be rendered to the committee and stressed on having a diagnostic and treatment facility for the poor people in remote areas.

He also said that everyone should come forward in different ways as per their capacity in serving the society.

The Kohima Branch will be headed by Santu Thapa as President, Pawan Lodha as General Secretary and Bimal Bhattacharjee as Treasurer.

The house requested Sharma to advise BVP Kohima Branch as on when it’s required to keep the branch strong and active, the release said.

After the event, guest of honour Thakur declared two recent projects related to training on modern weaving machine and Bee Keeping technology scheduled to be started from June 1 under the supervision of BVP Dimapur Branch, it added.