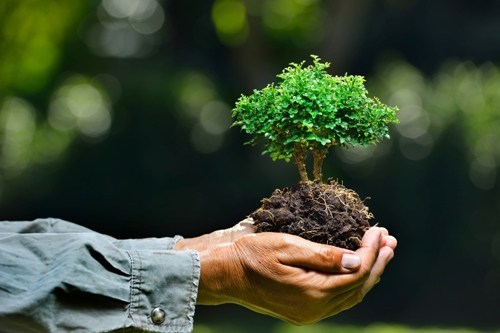 Udaipur: Bharat Vikas Parishad (BVP) Lake City has come up with an idea for promoting tree plantation in Udaipur city. The main objective is to plant as many trees as possible so as to save the city from natural calamities and get a good monsoon in the coming times. The idea is to plant a tree and win cash prize.

President Rakesh Nandawat informed that 100 saplings will be distributed in the first stage of the project. Registrations will begin on 15th June in the office of BVP-Lake City at Subhash Nagar. Saplings and tree guard distribution will begin in July. 100 rupees will be given with every sapling. After a period of two years, the person doing this plantation will be required to send a picture with the same plant after which he or she will get a cash prize of 500 rupees. Post this 500 rupees will be given after a period of 3, 4 and 5 years respectively in the similar way. Each candidate will also be felicitated in a public ceremony. This way a total of 2100 as cash prize will be given to each candidate planting a tree.