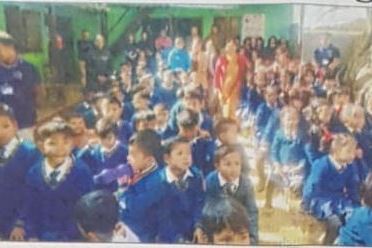 Dr Th Priscilla conducted the awareness campaign by delivering speech on the cause, symptoms and preventive measures of anemia.

The second phase of “Anemia Free Manipur Campaign” will be held on February 13 at Chairenlakpa Community Hall, Thanga Chingkha Leikai where screening and detection of anemia among mothers and children and free distribution of medical kits will be organised.

It may be mentioned that Anemia is a condition in which the number of red blood cells or their oxygen-carrying capacity is insufficient to meet the body’s physiological requirements, which vary by age, sex, altitude, smoking habits, and during pregnancy.

The manifestations of anemia vary by its severity and range from fatigue, weakness, dizziness and drowsiness to impaired cognitive development of children and increased morbidity.

Anemia is defined as haemoglobin concentration below established cut-off levels in the blood.