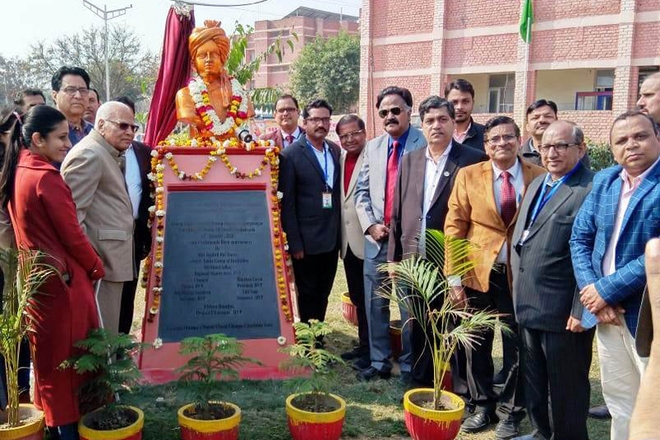 Abohar : To mark the birth centenary of Swami Vivekananda, a statue of him has been installed on the campus of Tantia University in Sriganganagar with the help of Bharat Vikas Parishad.

Vice-Chancellor MM Saxena said a Swami Vivekananda Youth Centre had also been launched. He said: “The life and ideals of Swami Ji are the greatest inspiration for the youth of our nation. In a short life of 39 years, 5 months and 22 days, this great man conquered the entire world with his message.”

Dr Praveen Sharma and Dr Charanjit Singh also highlighted the role that Swami Ji played in leading the nation to the global glory.