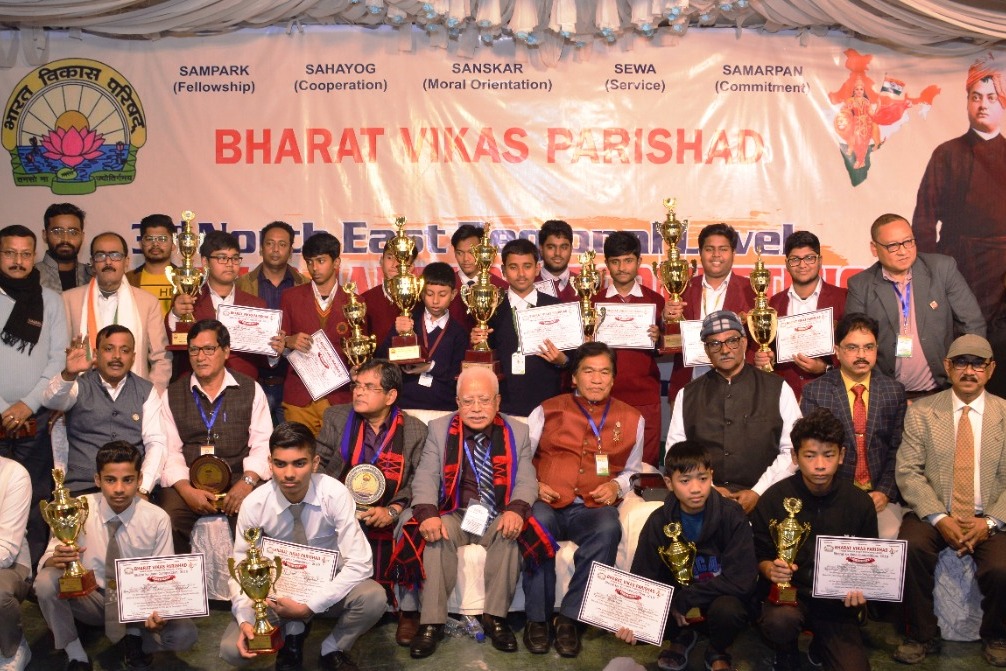 The event is a first of its kind that has been organised by BVP in Nagaland to encourage young minds of the region. Youth leaders from Gorkha Youth Club, Dimapur Bengali Students Union, Bongs and many other youth organization attended the event.

During the function, Ngukavi presented songs in Bengali and Hindi language. Welcome speech was delivered by Bishnu Bhattacharjee Regional Secretary BVP NE & Convenor of the programme, while vote of thanks was pronounced by Niranjan Saha, Cultural Secretary of BVP.

Winning team of both groups will participate in the National Level ‘Bharat Ko Jano’ which is scheduled to be held at Bhubaneswar on January 19.