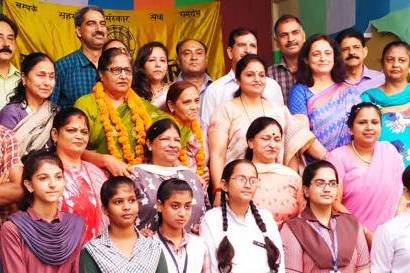 Pertinent to mention here that this programme is conducted every year nationwide to inculcate Sanskars among students besides developing cordial relationship between teachers, students and their parents. The students garlanded and performed Aarti Vandana followed by Charan Sparash of their teachers. Teachers blessed their students for a bright and successful career ahead.

On the occasion, about 150 children took an oath to make J&K free from polythene, drugs besides joining hands to Save Water.