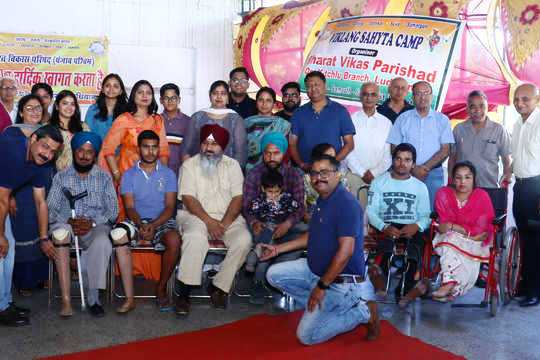 Artificial limbs, calipers, crutches, hearing aids and tricycles were given to 27 physically challenged persons. The camp was sponsored by Vipin Singla and his family at F- Block, Rishi Nagar, Ludhiana.

Aruna Puri, general secretary, BVP, Punjab West, said in addition to Viklang Sahayata projects, they were taking up several programmes such as drug de-addiction, save water campaign etc. aimed at the overall welfare and progress of society.

Suman Gupta, secretary, BVP Charitable Trust, presided over the function. She said the trust had organised 1,325 camps through which over 55,041 physically handicapped persons have benefited in various ways.